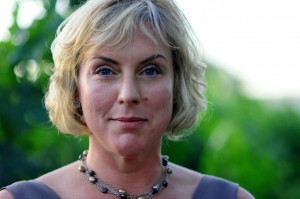 Rachel Mariner is a playwright with a day job who used to be a lawyer with a hobby. After studying law at Harvard, she spent the glorious 90’s as a trial lawyer in Washington D.C. and was on President Clinton’s team of lawyers in Jones v. Clinton.

She wrote her first play Baby Love Time after back-to-back trials in Paducah and Luxembourg. Later her play with Augie Matteis, Damnation of John Smith led the inaugural season of the Purchased Experiences Don’t Count Theater Company in DC. (And was revived at a WriteOn First Stage with Colin Hume playing John Smith in December, 2014).

In 2001, she was named DC Pro Bono Lawyer of the Year, her play Baggage won the Washington DC Theater Festival Ten Minute Play Competition and she fell in love and moved to London. She has had plays at the ADC in Cambridge, UK and the Source Theater, Washington. Her courtroom drama Kerching written with Jason Kuller was read in Washington, London and Kansas City in 2013 and her play Bill Clinton Hercules was at Assembly at the Edinburgh Fringe in 2014 and will tour Ireland in April 2015.

She now lives in Cambridge with her husband Rhys, her children Liberty and Owain, Shasta and Messner (cats) and Lucky (puppy). She is intermittently active in, and completely in love with the Occupy movement.  She also loves television and Champagne. She blogs at www.libertyandowain.blogspot.co.uk