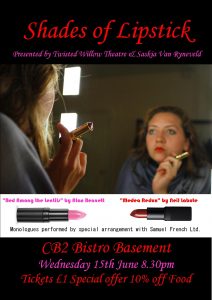 The two monologues “Bed Among the Lentils” by Alan Bennett and “Medea Redux” by Neil Labute both explore complicated women who are unsatisfied with their lot in life and take drastic actions to envigorate their lives or take control. They are presented by special arrangement with Samuel French.

Tickets are only a mere £1. Not only that, if you’re coming to see the show then you can get 10% off CB2’s delicious food!

Buy your tickets on the door in CB2 Bistro Basement. 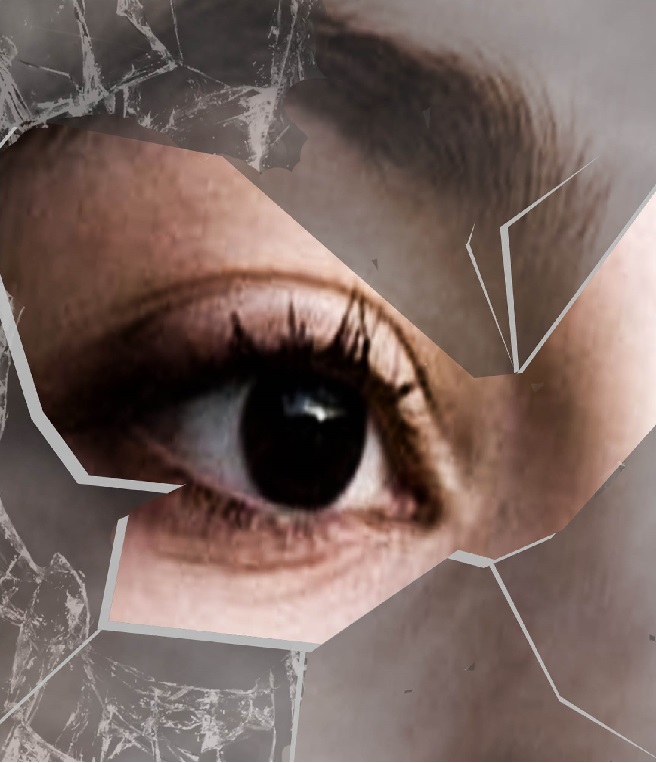 Twisted Willow Theatre, in partnership with WRiTEON, recently produced a fully-staged play that was shown at the Corpus Playroom between Wednesday 25th May and Saturday 4th June.

The collaborative process by which the play has been created (led by Dramaturge Kim Komljanec) started with a playwriting workshop with 25 writers: 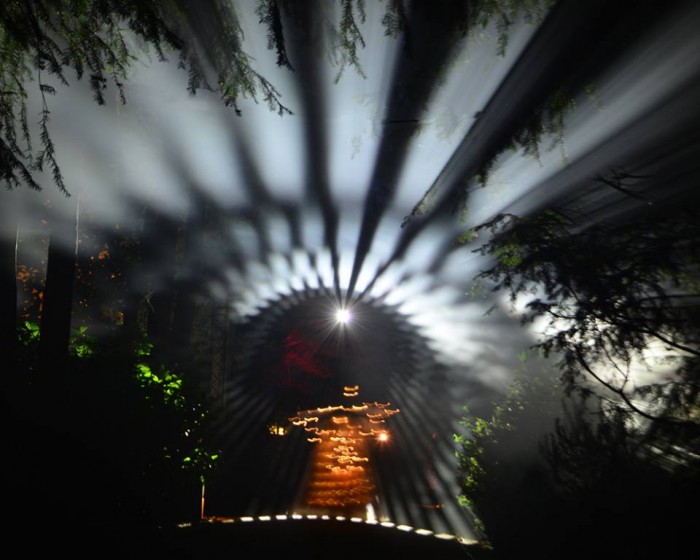 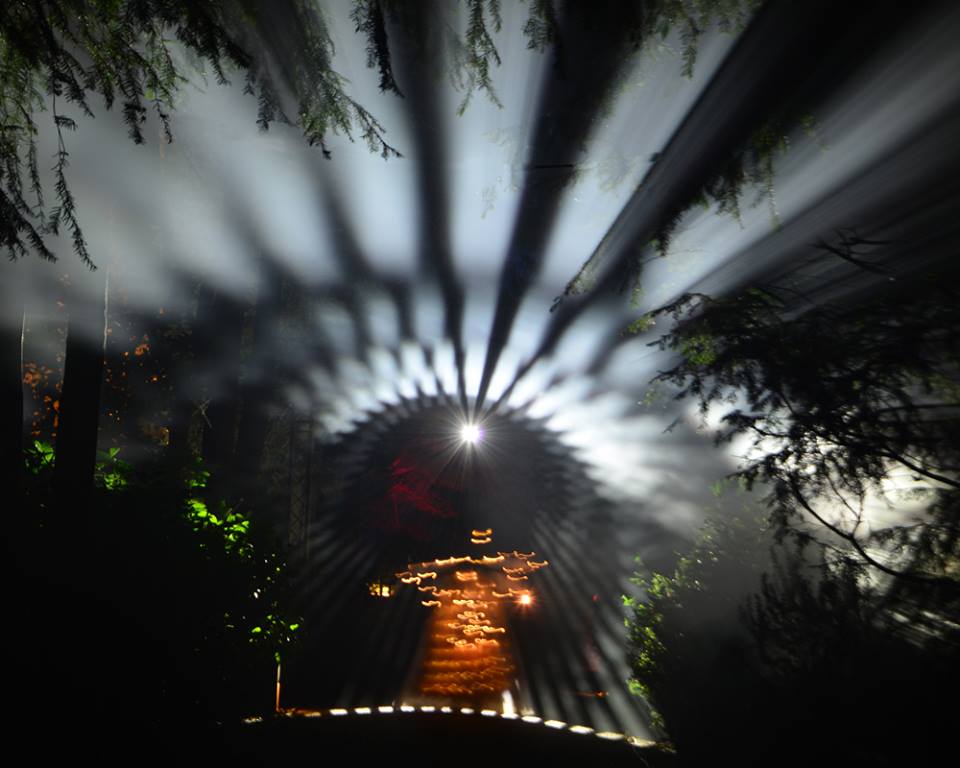 At the end of 2015 Twisted Willow Theatre brought an illuminous, invigorating piece of theatre to Anglesey Abbey for their sold-out Winter Lights Festival. In this unique interactive piece performers invited you to become immersed in their world of magic and mystery. The performance included elements of physical theatre and Shakespearean wordplay and brought the supernatural conflict at the heart of ‘A Midsummer Night’s Dream’ into this place of natural beauty turned supernatural by the festival of lights. Oberon (Richard McNally) & Titania (Sochel Rogers) were illuminated by colourful, majestic costumes which brought them to life in a way never before seen. The piece certainly breathed life and energy into the venues’ eclectic, electric evening of entertainment. 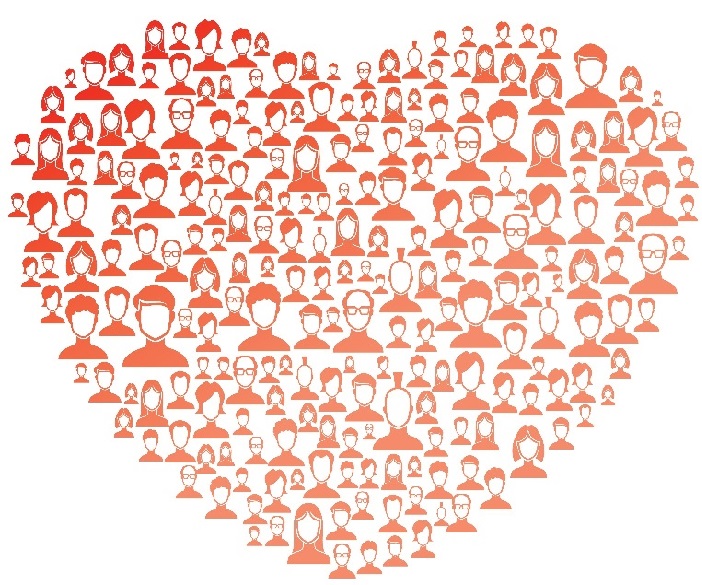 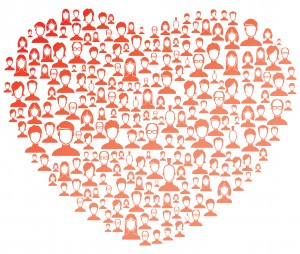 Seven Words for Love was a successful collaborative devised play about Love. It was staged at the Corpus Playroom from Tuesday 26th – Saturday 30th May 2015.  Here are some of the reviews of the production:

“There are instances of skilled dramatic craftsmanship, as the play structures itself beautifully around the character of John, homeless, isolated, and unloved, an ingenious core for the events to circle around, and played with incredible rawness by Jonathan Totman.” Varsity- Sarah-Jane Tollan

“The weaving together of agape, storge, philautia and eros amongst other aspects of love is often startling and poignant” Cambridge Theatre Review- Elizabeth Crowdy

Below is the blurb for the play:

Love is undeniably the most potent force known to humanity. The Ancient Greeks had many different words to describe its plentiful forms. Through seven of the most powerful words this compelling new play explores contemporary interconnected stories set in Cambridge.

Heart-warming moments demonstrate how love can keep a couple together despite age and sickness, or bind a family together unconditionally. Meanwhile, burning passion and love-sick intensity threatens to tear lovers apart and bring their lives to ruin.  In moving scenes one woman finds out if the mindfulness she teaches can actually help her through a silent crisis. This riveting play reminds us of the importance of having empathy for humanity and how we are unified through our shared experience as human beings.

The words that inspired the play were:

Agape – The Love of Humanity

The play was written by a team of writers, who wrote one act each and brought their unique perspective and writing style to each of our words for love. They were: 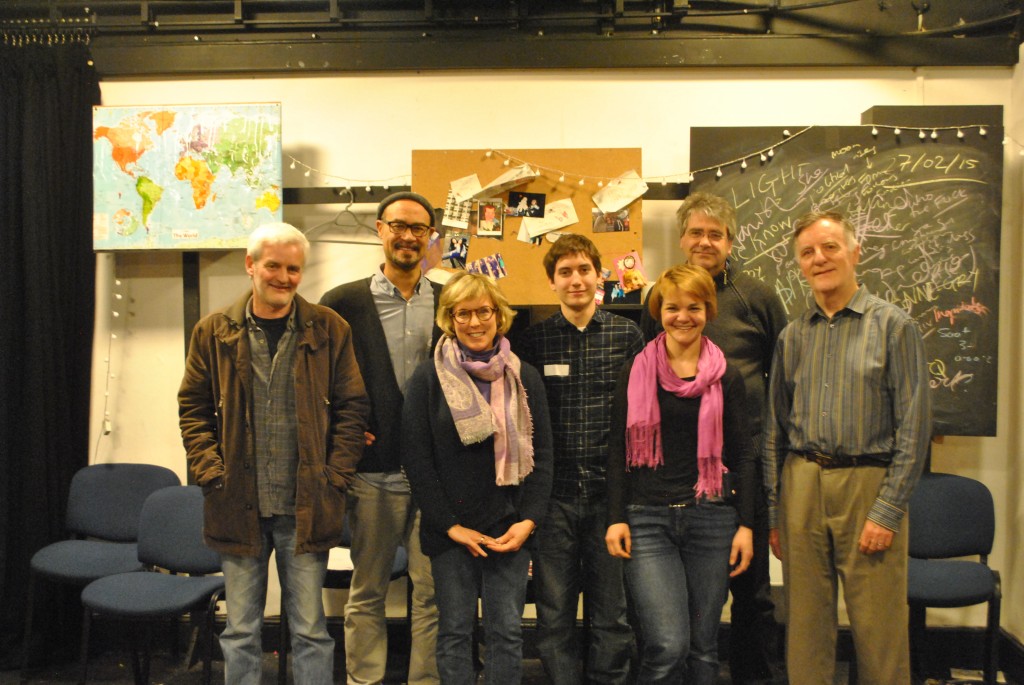 The play had a cast of eleven actors. You can read all about them below: 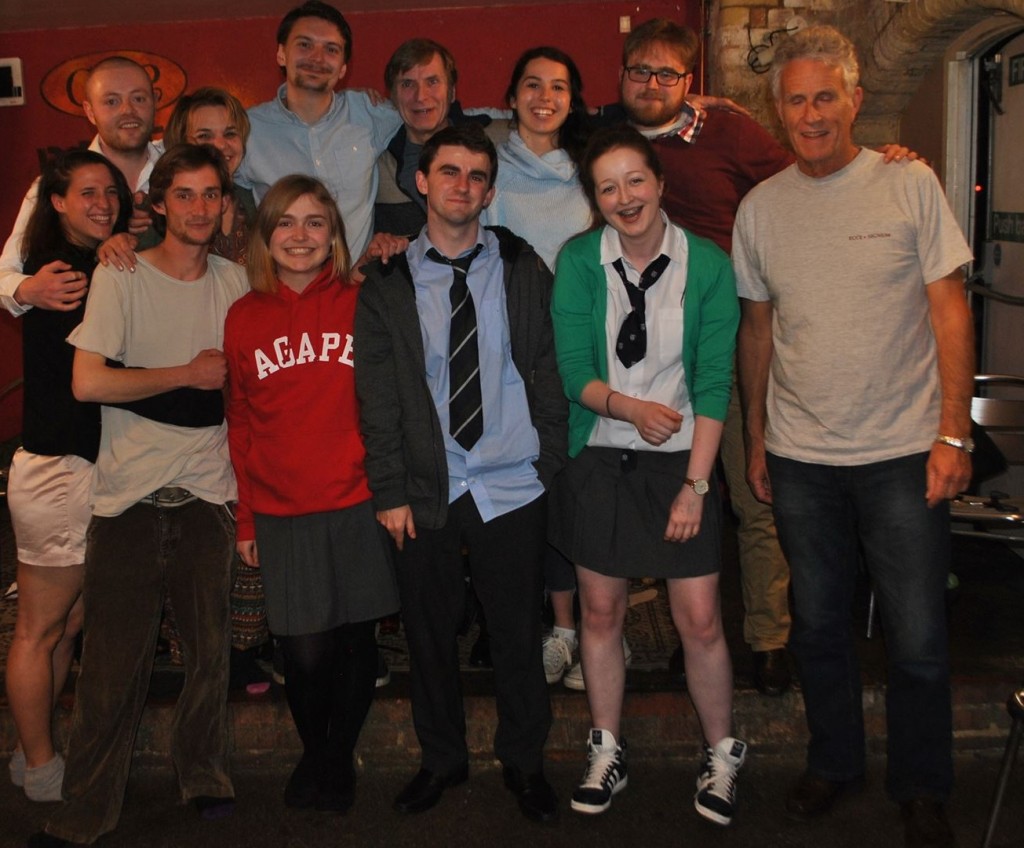 The Book of the Play 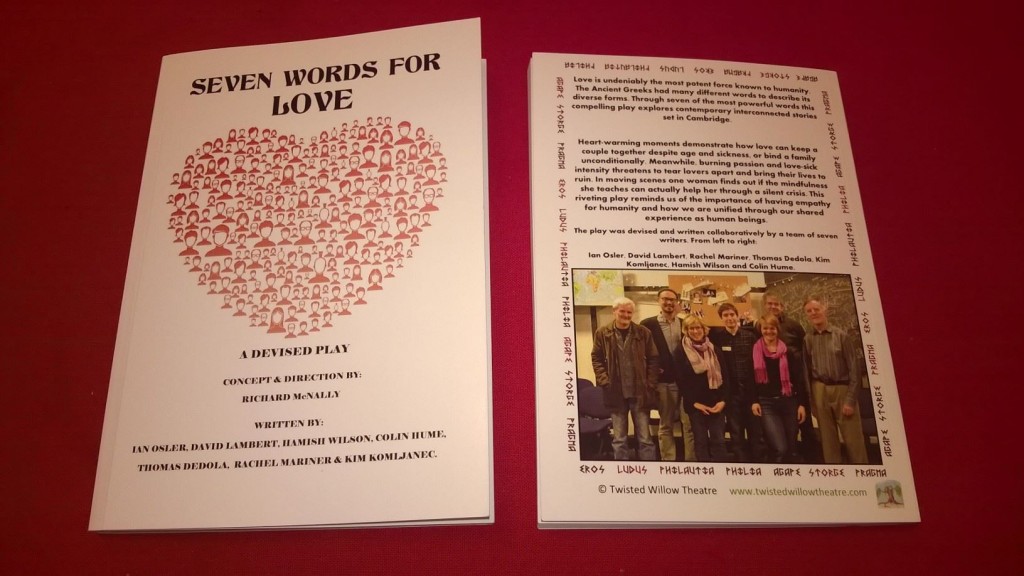 The book of the play was self-published in 2015 and is available to purchase. Please email richard@twistedwillowtheatre.com if you’d like to purchase a copy. The book costs a bargain £4 + £1.20 p&p, and includes a colour cover, foreword, notes on the authors and appendix.